Particle and cell sorting is critical for many applications ranging from stem cell research to cancer therapy. Isolation and fractionation of cells using microfluidic platforms have been flourishing areas of development in recent years. The need for efficient and high-throughput cell enrichment, which is an essential preparatory step in many chemical and biological assays, has led to the recent development of numerous microscale separation techniques. We have pioneered some inertial microfluidic platforms for various applications, including separation of circulating tumor cells (CTCs) from peripheral blood, enrichment of Algae cells, and fractionation of mesenchymal stem cells (MSCs) as well as blood cells.  In our group, we are using advanced modelling and experimental tools to investigate the inertial migration of particles in microchannels within a wide parameter space. The knowledge and models we are developing can be utilised to build new devices with better separation efficiency for new applications such as water treatment, haemodialysis, Algae dewatering, etc. 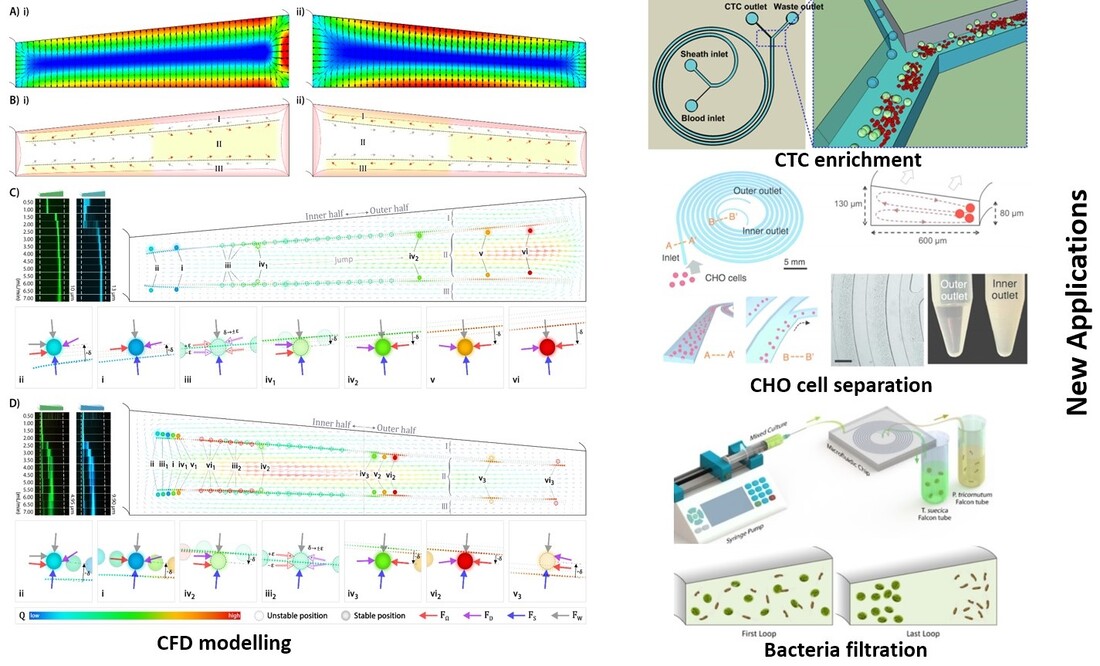 Microfluidic platforms are creating powerful tools for cell biologists to control the complete cellular microenvironment, leading to new questions and new discoveries. In our group, we are using advanced microfabrication techniques to build simple to use microfluidics devices to mimic live organ physiology. We recently developed a temporarily sealed microfluidic stamping device (2D) which utilizes a novel valve design for patterning various cell types to study cell-cell interactions in a multitude of applications. Using the same concept, we developed a new platform to generate hundreds of uniform stationary droplets for single cell culture and analysis. Our method offers a new approach to easily capture, image and culture single (or multiple) cells in a chemically isolated microenvironment for high-throughput single-cell assays. We are also developing novel 3D microfluidic devices (organ-on-a-chips) to quantify behavior of cells within mixed, structurally complex populations and systems. Such devices, methods, and associated computational analysis of timelapsed responses can aid in creating in vitro assays that more accurately mimic conditions in vivo.

The advent of microfluidic systems with integrated functions such as valving, metering and mixing has allowed for an unprecedented expansion in both basic and applied research. Yet the production of such systems using standard microfabrication techniques is proven to be tedious and have cumbersome user interfaces, which all render commercialization difficult. Recently, 3D printing approaches have emerged as an alternative solution for rapid production of complex microfluidic structures. In our group, we are developing novel approaches to produce microfluidic componenets by combining direct/wax printing and softlithography, creating the possibility of low-cost manufacturing of microchannels and structures with desired lengths, cross-sections and directions. We are using this approach to build a wide range of functional microfluidic components such as valves and micromixers for future development of integrated lab-on-a chip-systems. 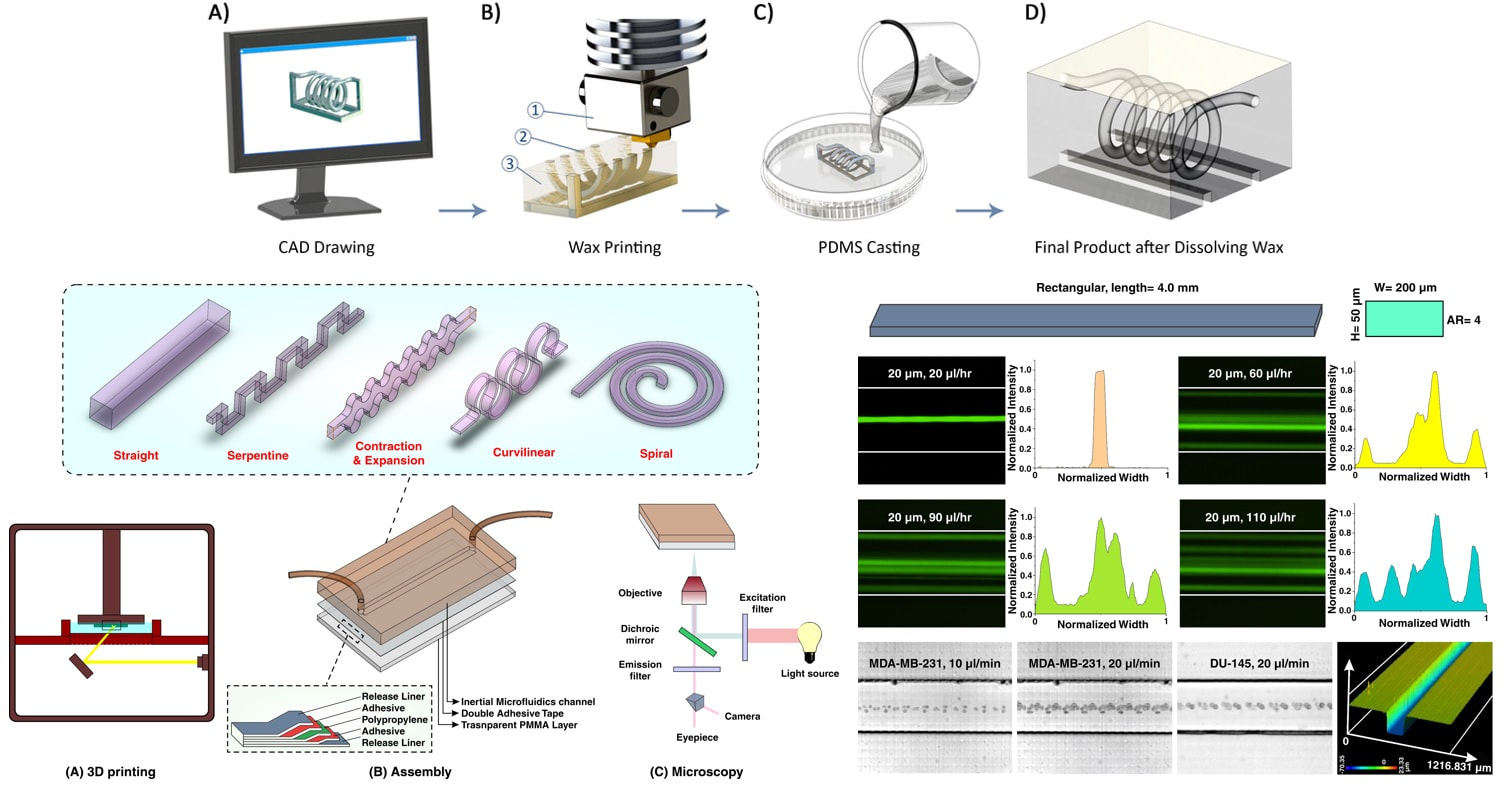